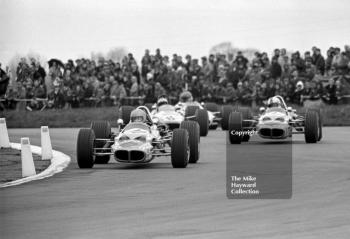 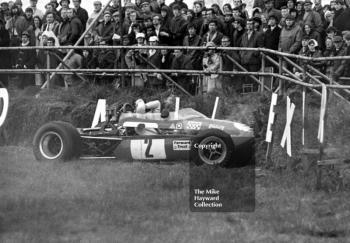 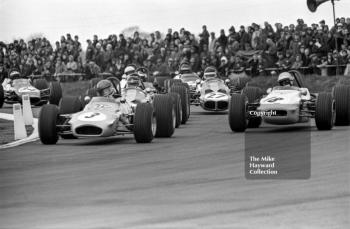 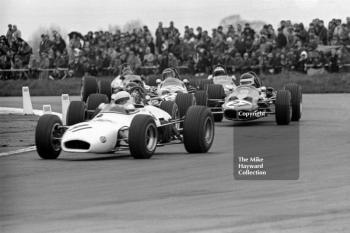 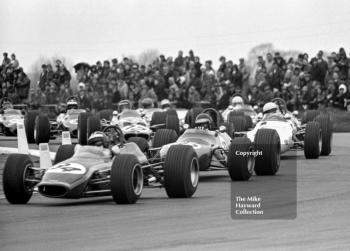 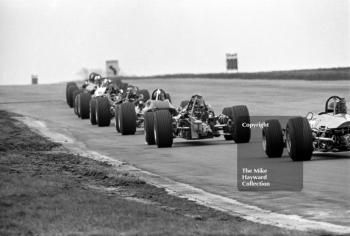 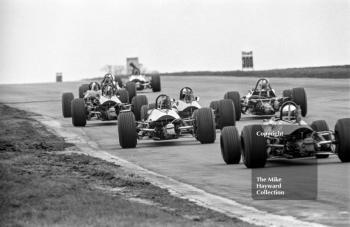 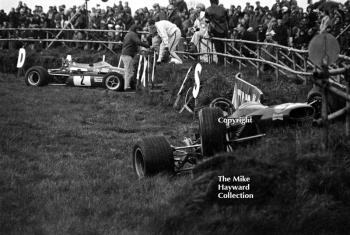 Paul Purseglove is helped out of his Brabham BT28, with Chris Montague's Brabham also out at Copse Corner, Silverstone, during the 1970 International Trophy. 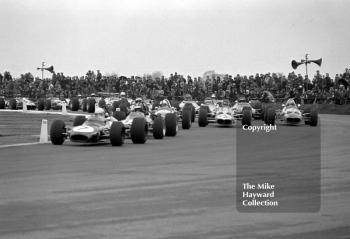