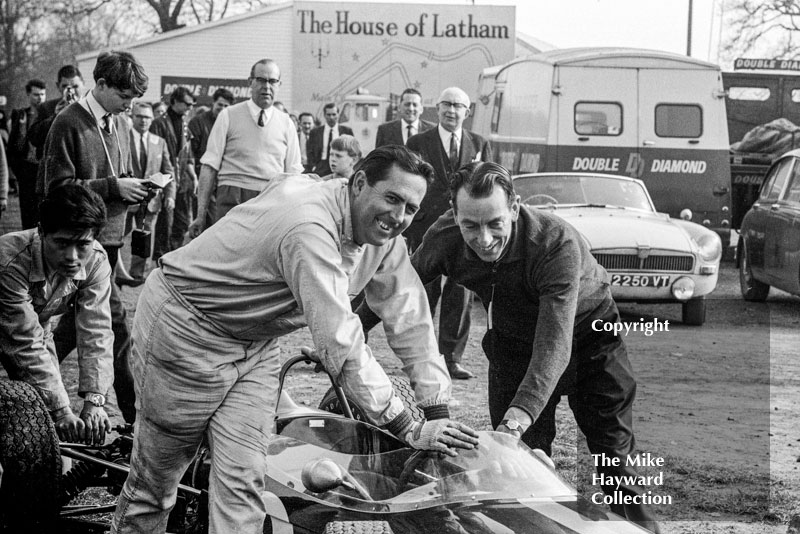 Driver Jack Brabham and designer Ron Tauranac push the Brabham Honda through the paddock at the Oulton Park Spring International meeting in 1965. The car was making its debut and Brabham offered to withdraw it from the race due to lack of speed (14mph slower on the straight than Graham Hill's Brabham BRM) but eventually it did start, lasting until lap 17.