British motor sport highlights from 1965 to 1986 are featured in our Motor Racing Memories Calendar 2021. 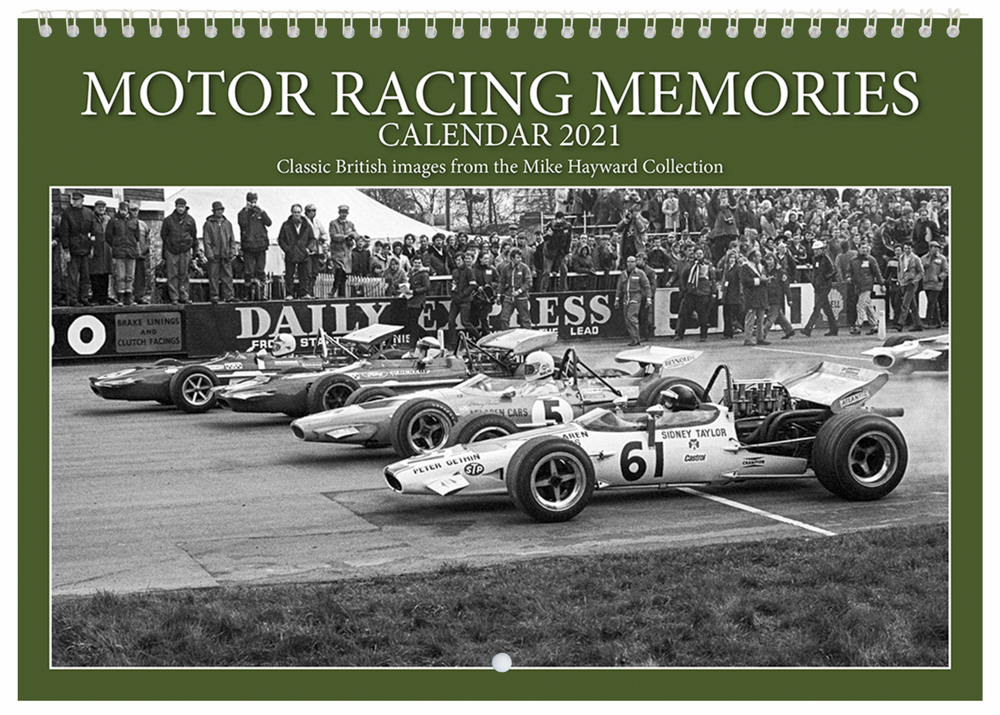 Iconic images from the Mike Hayward Collection include F1, F2, F3, Touring Cars, Sports Cars and HIll Climbs, along with the great names of motor racing such as Jim Clark, Graham Hill and Chris Amon.

There is also a picture of Mike’s lifelong hero, Stirling Moss, whom he regards as Britain's greatest racing driver. Sir Stirling, who died earlier this year, is seen demonstrating a Vanwall at the 1993 COYS International Historic Festival, held at Silverstone

The cover image shows the starting grid at the Silverstone International Trophy in 1970, with a line-up of Chris Amon, Jackie Stewart, Denny Hulme and Peter Gethin.

The earliest picture is from 1965 and shows Jack Brabham and Ron Tauranac in the paddock at the Oulton Park Spring International meeting.

‘This was the first event I attended with a track pass,’ says Mike. ‘In those days it was easy for photographers to get close to the cars and drivers, unlike today where access is very limited and long lenses are a necessity.’

The calendar is A4 in size, opening out to A3 in use, and is printed in the UK. It fits into Royal Mail’s large letter category and is supplied with a mailing envelope.

Published by The Mike Hayward Collection on 24th October 2020