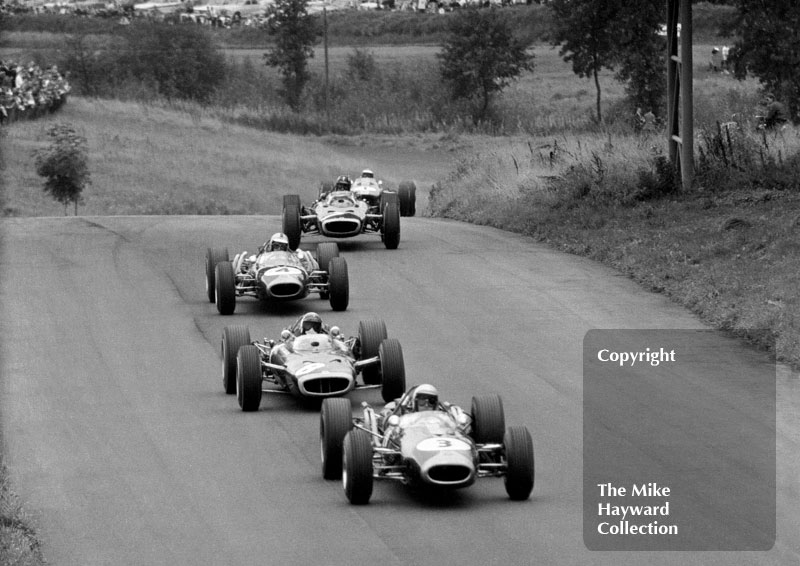 The race was held for F1 cars and a rather small entry took to the grid for the 40-lap race.

The front runners were Jack Brabham and Denny Hulme in Brabham Repcos, with Graham Hill and Jackie Stewart in BRM P83 H16s.

Team Lotus had to give Jim Clark a 2-litre Lotus Climax 33 after their H16 engine expired during practice.

The opening laps were magical, with the five cars circulating like a train and howling around the Cheshire circuit.

Sadly, Stewart retired his BRM after 12 laps and Graham Hill's car broke at half distance, leaving Brabham and Hulme to finish first and second with Jim Clark a distant third after a spin.

My picture was taken from the old water tower at the top of Clay Hill and I can still hear the wonderful sound of the five cars fighting for the lead.

Published by The Mike Hayward Collection on 24th October 2020