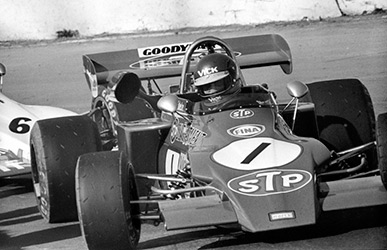 More images from the 1972 Formula 2 European Trophy meeting at Mallory Park have been added to the Mike Hayward Collection.

Featured drivers include Dave Morgan, who was a surprise winner in his spaceframe 1971 Formula Atlantic Brabham BT35.

This was the opening round of the season and the first year of cars with 2 litre production based engines, after seven successful seasons with 1600cc units.

Niki Lauda was a close second in an STP March 722, while Carlos Reutemann finished third in a Rondel Brabham.

They are just two of the drivers featured among my previously unscanned negatives, along with Jody Scheckter, Mike Hailwood, Wilson Fittipaldi, Ronnie Peterson, Xavier Perrot and Jean-Pierre Jabouille.